Luck: How Artists, Writers, and Other Creative People Can Get It

In the arts here in America and everywhere else, the causes of success are ability, confidence, persistence, resilience—and good luck. A guarantee: with high ability, high confidence, high persistence, high resilience, and enough good luck, you will achieve your artistic goals, whatever they may be. Let’s have a look at luck, the most difficult cause to account for. 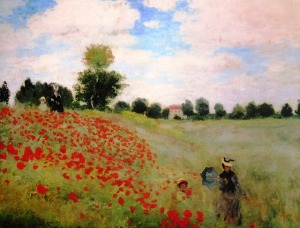 An artist’s and writer’s career may take shape over a long period of time—ten years, fifty years–and incidence of good or bad luck occurs many, many times. In 1921, in New York, a good friend introduced William Faulkner, 24, to Elizabeth Prall, manager of the Doubleday book store, and she hired Faulkner as a clerk—a stroke of good luck for Faulkner because Prall married Sherwood Anderson, one of the most popular authors in the country. Elizabeth invited Faulkner to dinner (good luck) and he and Anderson liked each other (good luck) from the start and spent many hours together, talking and drinking, and Anderson became Faulkner’s mentor (good luck). Mrs. Anderson asked her husband if he would recommend Faulkner’s book to his publisher, and Anderson said he would (good luck) as long as he didn’t have to read it. He did, and his publisher did put out the book (good luck), and Faulkner’s career was on its way, a Nobel Prize in store for him twenty-eight years later.

Chance shapes your life throughout your life, affecting the career you settle into, who your friends are, who your life partner is, where you live, the school you attend and education your receive, your genes and personality–the very fabric and quality of your existence. Some episodes in your career were extremely lucky, but other episodes couldn’t have been unluckier. The Academy award winning actor, the late Philip Seymour Hoffman, went into theatre in high school because the girls happened to be so good looking. What if they hadn’t been? Would he have become an accountant?

Gamblers speak of people who are lucky and those who aren’t, and consider luck to be in the person: “She’s lucky but he isn’t.” And so do military people. Even the most scholarly and erudite studies of warfare usually discuss luck. The Macedonian Alexander the Great referred to his good luck as a “star” that guided him to great victories. I suppose it did. He conquered most of the known world before the age of thirty.

The book Creativity by psychologist Mihaly Czikszentmihalyi describes how much good luck figured in the career of a successful (and fortunate) artist “whose work sells well and hangs in the best museums and who can afford a large estate with horses and a swimming pool.” The artist “once admitted ruefully that there could be at least a thousand artists as good as he—yet they are unknown and their work is unappreciated. The one difference between him and the rest, he said, was that years back he met at a party a man with whom he had a few drinks. They hit it off and became friends. The man eventually became a successful art dealer who did his best to push his friend’s work. One thing led to another. A rich collector began to buy the artist’s work, critics started paying attention, a large museum added one of his works to its permanent collection.” His career was made.

When I wrote Fighting to Win about how people today could achieve fulfillment by applying the wisdom of ancient Japanese warriors, my timing could not have been luckier. At the precise time it came out Americans were infatuated with and trying hard to learn more about the Japanese culture, and the book took off.

In college I read Englisman Gerard Manley Hopkins’ poem “God’s Grandeur,” and was impressed with its beautiful language. For some reason years later (before Amazon.com and before the internet) I suddenly had the urge to read a book studying Hopkins’ imagery so that it might affect my imagery. Wherever I traveled across the world—and I did extensively–I visited new and used bookstores, and in every bookstore I browsed for such a book, but never found it. Once I was to give a speech in Rock Island, Illinois. It’s a small city in the western part of the state that I had never visited before. I discovered that the hotel I was to stay in had just been built and had opened its doors only a few days before. It had hosted a conference for fire fighters–its first guests. They had left just the day before. I arrived very late at night and was given the only available room. I entered the room, laid my bags on the bed, and then noticed something in the trash basket. Apparently it had been left by one of the firefighters and the maid had overlooked it when she cleaned the room. There it was: fifteen years after I’d read him: a full-length book on the imagery of Gerard Manley Hopkins—a lucky break, a book that helped me.

Another time, I’d been writing and researching fifteen or sixteen hours a day on fifteen or twenty cups of black coffee for many months to meet a book deadline, neglecting my wife, neglecting my children, concerned only with putting enough words on a page every day to satisfy me—words, words, words, words–an abstract existence. That night I’d had it; I couldn’t work another minute; couldn’t drag from my agonized brain another word. I quietly left my home at about 3:00 a.m. and walked the streets trying to decide if I wanted to continue leading a grueling, neglectful life like that or follow a more conventional life, committing myself to “a regular nine-to-five job.”

It was a cool pleasant night—very dark—with a filmy mist in the air. Should I continue a writer’s life, or shouldn’t I? Should I just finish this book and then give it all up? Then I noticed ahead of me something lying on the sidewalk precisely in the middle of a pool of bright white light cast by a street lamp as though that object lying there had been placed there very carefully for me and me alone to see. I went to it and bent down and picked it up. It was a book—of all things a book. You see: I could not get away from the written word. I took this as a sign that, like it or not, a writer’s life—imperfect, isolated, much too demanding–was my destiny and that it was futile for me to think it would ever not be at the center of my existence. That I could ever get away from it. That was another lucky break because writing and reading has brought me so much fulfillment.

I have what I call my “Research Angel” which I rely on. I am writing and researching for hours every day and have been for many years, but my research is totally unsystematic. I begin with no notion whatever of where I am going but go ahead anyway as though quite content to wander on and on in a deep forest without worrying about how—or if ever– I’ll get back home. I’m trusting my Research Angel—based completely on a confidence in good luck—to steer me to the information I’ll need. The Research Angel has never failed me, and has taken me to unexpected discoveries and new directions in my life, just as it led me to the Hopkin’s book and the book lying in that pool of white light at four that early misty morning.

Be ready to take advantage of good luck, and when your luck is bad don’t let it get the better of you, but be aware that bad luck can change to good luck, and may in the blink of an eye. Be alert, strong, and opportunistic whatever may happen. Think strategically. Be ready. Be able to say, “This now that is happening to me is good luck and it may change my life.”

Create the conditions for good luck to occur—set the stage. Be like a swimming fish waving its tail and stirring up the sand at the bottom of the tank. Get out, be spontaneous, meet new people, make contacts and seek people out. Form friendships. Do things you’ve never done before. Break away from your routines. Take chances you wouldn’t usually take. Don’t resist, don’t be afraid. Be bold, not timid. Experiment, explore. Be intuitive and pro-active and look for opportunities. Let good luck happen to you. Then chase the opportunities where they lead.

Ask yourself, “In what areas of my creative life would I like to be luckier?”

What will you do now to make yourself lucky?

Napoleon was looking for a subordinate to add to his staff. One after another his high-ranking officers described a particular candidate whom they talked glowingly about at length. Impatiently, Napoleon said, “Yes, yes, I know he is brilliant, but is he lucky?”

Yes, yes, I know you’re brilliant too, and prodigiously talented, but are you lucky? Do you behave like a lucky person? Do you foster good luck? Do you have the mind and expectations of a lucky person?

6 responses to “Luck: How Artists, Writers, and Other Creative People Can Get It”