Salesmanship for Artists and Writers: The Inner Skills

A goal always on an artist’s and writer’s mind is to generate consistently high-quality work, and a continuing question he/she wrestles with is “how can I do that?” Answering that question is bottom-line, and it’s a complicated question that creative people are trying to answer all their careers, and is one whose success in answering distinguishes one from another. Shakespeare produced better text than anyone else; Michelangelo better art; Mozart better music. But creating high quality work is just one of a writer’s or artist’s skills among many others. It’s naïve to think that the best artist is necessarily the most successful artist. To succeed, the writer, painter, actor, composer must accomplish much more than generate excellent work.

Professional artists and writers have careers to manage and responsibilities and expenses. Food must be put on the table. A life of financial risk and the threat of going broke can keep them on their toes and motivate them or it can be paralyzing. To many writers, artists, and performers, their work is not a hobby and is not just a craft and not just an art, but a hard-nosed, deadly serious, ferociously competitive war of survival requiring the skills of the showman and unabashed, unapologetic self-promoter. Those are roles that seem unnatural to many creative people and make them uneasy and unsure of themselves.

Inhibitions are hard to hide, and research and everyday experience alike bear out that many writers—many artists; many creators of all types, many “inner-directed” people in general—are haunted by them, and know better than anyone that they are, and don’t want to be, and wish they weren’t. And everyone on the globe—the most powerful, the most famous, the most accomplished–is inhibited sometimes. It will be impossible to reach your creative goals if your inhibitions are powerful. They are impediments that can prevent even the most talented and gifted writers and artists from achieving the successes they are aiming for. And that can happen, and I’m sure it does, more than we realize or care to admit.

Working in solitude—the lifestyle of the creator–is a way of hiding from inhibitions because inhibitions involve interactions with other people. In fact, one of the main reasons creative people have chosen a creator’s life rather than a more typical life is to be able to work alone, secluded, sheltered, untouched, and away from other people; hidden from the world. But when writers and artists come out of hiding into the clear light of day, so to speak, some essential tasks require that they do something about their inhibitions—give in to them, or overcome them.

When my first major book was published, I was surprised to learn that not every author is sent by the publisher on a publicity tour to promote their book because they “don’t come across” to audiences, and that, it seems to me, is a direct result of inhibitions. One publisher jokingly asked if I would go on tour to promote other of their author’s books; so many writers didn’t come across. Also, every writer and every artist of every type eventually realizes that talent and skill are not enough to guarantee success, though that would be the artist’s ideal world, but that you’d better learn the skills of marketers and salesmen, skills that inhibited people do not perform well. But to survive, they must learn to. Or they may perish, giving up completely, or will go only so far, and will reach a plateau, and will not reach the career peak they otherwise could. All creative work involves showmanship and salesmanship. 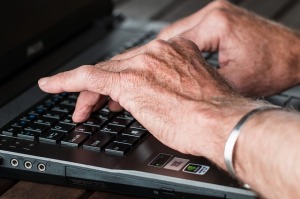 When I was a business consultant for many corporations, I trained hundreds of people to be high-excelling marketers and sales people, and time and again witnessed before my eyes the growth of awkward and inhibited, tongue-tied, self-doubting people into fluent, persuasive, uninhibited people confident and comfortable with themselves. Such a transformation is possible for anyone. Every artist’s and writer’s skill, including marketing and selling—foreign though they may seem–is learnable.

After reading my Fighting to Win: Samurai Techniques for Your Work and Life, which lays out practical strategies for living a more vigorous assertive (and hopefully happier) life, a shy, soft-spoken, self-doubting artist/illustrator called me and said she wished she had a samurai like those she had seen in the book to help her market her work (which had won awards) to galleries, clients, magazines, and publishers, and I said, “You don’t need another person. Become a samurai yourself.” She took that to heart and acquired marketing and sales skills coupled with her new self-confidence, and now her lovely work seems to be everywhere.

People weighed down with inhibitions don’t express their genuine personalities. That’s the basic problem. Inhibitions such as shyness, self-consciousness, dreading new experiences, feelings of inferiority and inadequacy, guilt that’s out of proportion to the event that caused it, feeling ill at ease with strangers and in social situations, difficulty getting along with others, and excessive modesty are psychological obstacles that affect writers, and artists of all kinds time and again. These “maladies” are based on being too concerned with how you’re coming across, of what people are thinking of you, or trying too hard to impress others. Inhibitions result in excessive caution and carefulness.

Some people aren’t inhibited enough. You probably know some. They’re too impulsive, too rash, too inconsiderate, too outspoken, too hard-headed, too much of a boring windbag everyone wishes would shut up. But the more general and serious problem is being too inhibited.

Many specialists believe that some inhibitions are genetic. But it’s a myth that once your genetic blueprint is established at birth it is set forever. I know a sculptor who was shy all her life, but decided at the age of thirty she wasn’t going to be shy anymore, so she stopped being shy, just stopped. Many inherited traits can be changed by changing behavior.

Strategies for Conquering Inhibitions: Be Yourself; No One Else

6 responses to “Salesmanship for Artists and Writers: The Inner Skills”