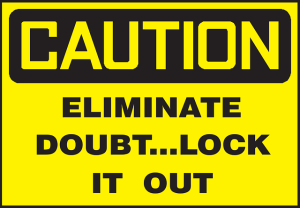 To be a successful samurai required tremendous self-confidence. He/she was taught, “To defeat the enemy who comes leaping at you, your spirit must be perfectly poised.” Such confidence can be learned.

A very intelligent, very talented woman told me her story one quiet, warm summer evening as we walked along a beach and watched the gulls. Since childhood she had imagined writing novels that she would then see on shelves in book stores and libraries wherever she went. “But,” she said almost apologetically, “that was long ago and I gave that up.” Then she picked up a stone off the sand and tossed it in the lake with a plunk. “Though now and then,” she said wistfully, touching my hand, “I do wonder what might have happened if I hadn’t given up?”

“Oh, I’d heard it was impossible to get a book published—told that I was dreaming. And I didn’t want to spend two years or three years or five years writing long hours, sacrificing, spending less time with my family and friends, only to be told, ‘Sorry, you’re not good enough.’ That would have hurt me very much and I didn’t want to go through that.”

I think there are masterpieces that are never written because the would-be author doubted himself or herself and so, didn’t even attempt to write the book that would have become a masterpiece. They are extremely talented. They are extremely intelligent. Their idea for the book is fantastic. But they doubt themselves and don’t try or give up at the first sign of failure, and so there is not the slightest chance the masterpiece will ever be written

Some years ago I wrote a little how-to book on job-hunting for a client running a job placement agency—really just knocked it off. One day at lunch I was in a bookstore in Chicago’s Loop and thumbed through a few best-selling books on the same subject only to conclude “Mine is better.”

That filled me with confidence, and that’s when I made a decision to actually become what I had wanted to be since the third grade when my teacher, Miss Gross, read a story I’d written to the whole class. She was at the front of the room and had quieted us all down. She read the story, and the story was mine. When she finished she said, “Isn’t that a wonderful story David has written?” It was about a time in a football game when I had been tackled. Miss Gross said that when I wrote, “Then I fell to the ground like a blob of jelly coming out of a jar” that was a simile–that was poetic. “So,” I thought, “I’ve written a simile.” I decided then, that day, that moment, sitting at that desk that I wanted to be an author and I have never wanted to do anything else. From that day on I expected to be an author.

The Dreaded “Who Am I, Little Old Me, To Attempt That”

All you need do is think of your own experiences to know this: People shrink from any effort in which they don’t foresee success. They will do what they believe they are capable of succeeding at and avoid it if they doubt–like our would-be writers of masterpieces doubt–that they will succeed. That’s true even if what they avoid is of major value to them, and even if, were they not to doubt themselves, they could do, and perhaps do quite well.

Self-doubt is a thinking-too-much, cowardice creating problem. It begins the moment that nagging little stress-filled inner voice starts whispering “Maybe I’m not good enough.” “Maybe I’m not ready.” “I wish to hell I was somewhere else.” “I will not succeed.”

Even the most confident people–the Abraham Lincoln’s, the Winston Churchill’s, world-class athletes, great actors–experience periods of severe self-doubt. But they come out of it. They shake it off. They recover.

If you doubt yourself often, your major goals and purposes are in jeopardy because self-doubters don’t set their goals high. They avoid difficult tasks.

Self-doubters may avoid a career in which, were they confident, they might excel.

“Go to the battlefield firmly confident of victory and you will come home with no wounds whatsoever.” Samurai general Kenshin Uyesugi (1530-1578)

In an experiment, adults were given the same ten puzzles to solve. When they were done working on them, half were told they had done well, seven out of ten right, and the other half were told they had done poorly, seven out of ten wrong. In fact what they were told was completely fictitious. Then all were given another ten puzzles to solve, the same for each person. Then their efforts were actually graded. The half who had been told they had done well in the first round and so expected to do well again actually did better in the second, while the other half, with self-doubting expectations, did worse.

“How should a samurai behave in battle?”

“Go straight ahead, wielding your sword.”

The key to all successes is to be found in your own mind, in what you think. The Dhammapada of Buddhism says, “All you are is the result of what you have thought.” Most of the time the lives we lead are a reflection of our expectations

More than 100 studies of 15,000 people show that those who expect to succeed are happier, healthier, and more successful.

Positive expectation people overcome obstacles/blocks and aren’t deterred. They expect to be able to handle difficulties and to succeed in spite of them. When setting a goal they consider the probability of success rather than the probability of failure. “The chances are good I’ll succeed. I can accomplish this if I work hard enough.” “This is going to work out really well for me, and I’m going to be happy.”

Failure-motivated, self-doubting people have the opposite expectations: “I’ll never be able to do it. I’ll give it a try, but it probably won’t work out.”

So reject self-doubt and choose new and more fruitful expectations.

Form a pact with someone at home and at work. Whenever they hear you doubting yourself, they are to say, “Have confidence. Be of good cheer. You’re a very capable person and never forget that. Think of how good things will be when you succeed.”

Before the job interview or sales presentation or settling down to start that book or that painting, go off by yourself. For every self-doubt you have, fill your mind with five expectations of success, five affirmations of your confidence in yourself. And do that immediately upon thinking, “Who am I, little old me…” And time and time again until it becomes a wonderful habit.

Do not—do not–avoid difficulty. To reduce self-doubt and gain self-confidence requires experiences of mastering difficulty through perseverance. Now, if you set your sights low and experience only easy successes, you come to expect quick and easy results, and your sense of confidence may be shattered if you do not succeed. But blocks, dragons, difficulties, and setbacks serve a useful purpose. They teach you that success usually requires sustained effort. An author may revise a short story, novel, or essay she finds difficult 75 times before she’s satisfied. A ballet dancer intent on a beautiful performance may practice turning her ankle in a particular way a thousand times.

Once you become convinced that you have what it takes to succeed, you persevere in the face of adversity and quickly rebound from failure.

And once you succeed in achieving one goal you will tend to set higher goals.

You needn’t be victimized by your thoughts, your expectations. They’re under your control. You can choose your expectations as easily as you pick a rose from a bush, and in doing that, you are choosing your success.

How to Get The Book

Please follow this “Starting Your Life Fresh” blog. It will feature topics I think will be of value to you.