Take Charge of Your Creative Life

What would you say is most significant about the writers and artists I’m going to describe?

How are you different?

What might you do if you wished to be more self-directed?

especially drawn to—Nobel Prize playwright Eugene O’Neill, novelists Henry Miller and Raymond Chandler, and painters Paul Cezanne, Mary Cassatt, and Jackson Pollock–and have decided that they have in common not only their accomplishments and prodigious skills and the uniqueness of their personalities, but that they were all self-directed—guided by themselves, no one else.  At one time or another you’ve observed first hand, heard about, or read about self-directed writers and artists too. Textbooks, anthologies, magazines, literary journals, galleries, museums, shows, and newspapers are filled with their names. They strike out on their own, taking full responsibility for themselves, their work, their careers, and their fate.

They all possess that rarest of qualities I admire so much and most people nowadays seem to have lost—intensity, single-mindedness, a “seriousness of intent” about their work. Their art means everything. There is not a minute of their waking day when their minds are not is some way or another on their work. They are vital: alive and electric. They give off sparks. They mean business. They go about their work undeterred, unknown or famous, poor or rich, unhappy or happy, in a bad mood or good mood. The commitment of their less memorable and less serious, less intense peers peters out, but that of a real writer and real artist goes on and on. 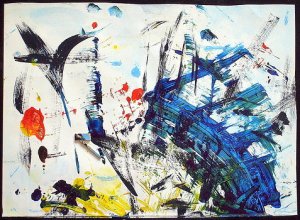 The Song of First Swallow by Paul Pulszartti

Nothing can compete with, nothing can replace, their joy during the act of creating– the self-discovery, self-awareness, and self-expression that satisfies their deepest needs. They so saturate themselves with their work that to paint or write—or sculpt, act, or dance– becomes as much a need as sleep. A painter perceives the world in which she finds herself in lines and planes, a dramatist thinks in dialogues and scenes. A novelist divides his life into episodes.

Production is their never-ceasing main goal–to get the work out. Their existence is centered on, focused on, and organized around that work, and their ability to produce it is staggering. Shakespeare wrote an average of two plays a year–thirty six–many of the greatest examples of literature in the world’s history. And was also a poet, an actor, a family man, and a producer who had to attend to the practical concerns of mounting the plays’ performance. Due to bad health (a nerve problem that made it impossible to hold a pencil) and wandering the world in search of a place to work—France, Switzerland, America—Eugene O’Neill lost twelve years mid-career, but still wrote 49 plays. Belgian Georges Simenon who was capable of writing 60 to 80 pages per day, produced 200 novels, 150 novellas, autobiographical works, numerous articles and scores of pulp novels under two dozen pseudonyms—yet all of high quality.

Their standards lead to setting high goals and high goals lead to high success. Once unknown, they become known. It may take time. Raymond Chandler didn’t start writing until his forties and published his first novel at 53, becoming an “overnight” success. Success may not be easy: Henry Miller lived the life of a homeless beggar on the streets of Paris, penniless, yet considering himself the happiest man on earth, into his late forties before his genius was recognized. Early 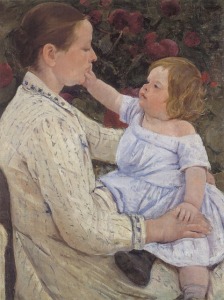 in his career, before becoming rich and the talk of the art world, Jackson Pollock was poor and couldn’t afford brushes, so he’d steal them. Mary Cassatt, the greatest woman painter of the nineteenth century, didn’t become able to buy a chateau until two things happened in mid-career: she became an Impressionist and she found her subject: mothers with their children.

They produce continually better work and expand their abilities. Over an extended period writers and artists with a minimum of natural talent who apply themselves can acquire a great talent. Writing and art teachers are generally in agreement that it’s not the best, most talented students whose names they hear about in later years. The students with the most talent but the weakest work ethic who dazzled the class, disappear into oblivion, while the hard workers often go on to excel. Poet John Berryman thought that talent was no more than 20% of a successful poet’s personality, and the same is probably true of every creative field. Every minute spent painting or writing increases your talent. High performing self-directed people in all the arts and every other field wherever on the globe they’re to be found are universally alike: over and over again they are people who believe in trying to excel, in doing one’s best, in working very hard and not wasting time. Van Gogh in particular was an artist who couldn’t waste time, starting late but producing in just over a decade 2,100 works before his death at 38.

The word “easy” never enters their mind because what’s easy isn’t worth bothering with. If they don’t meet their high standard they are dissatisfied. Then what they do is not what everyone does. They work harder than before and don’t stop until they’re satisfied that they’ve done their best. If to be superb a poem must be revised 200 times, they revise it 200 times.

If they’re self-directed they set their own work schedules, work alone, and persist over a long period of time that the majority of people cannot match. They direct their achievements by setting challenging long-range and short-range aims to develop themselves and increase their knowledge and skills, and by applying a variety of five, six, ten, fifteen pragmatic strategies, techniques, and rituals to reach those goals. 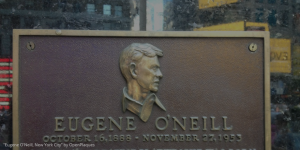 They believe in themselves and their capabilities, and are committed to meeting the challenges of the creator’s life, which is not an easy one. They are willing to take risks and sacrifice other goals and other activities. Psychiatrist Carl Gustav Jung thought that the creator’s life cannot be otherwise than full of conflicts because two forces are at war in him—on the one hand the normal human longing for happiness, satisfaction, and security, and on the other hand “a ruthless passion for creation which may go so far as to override every personal desire.”

The confidence in their abilities of self-directed people can’t be broken, and more than anything else is the most powerful source of their drive. So much of achieving goals and realizing your long-held creative hopes is a result of knowing exactly what they are, wanting badly to achieve them, and believing that you can. The more self-assured a writer and artist is, the stronger his commitment to high achievements. All great writers, artists, actors, and dancers were and are self-assured where their work is concerned.

Writers and artists—actors and performers–who harbor deep and prolonged doubts about their capabilities are easily set back by obstacles and failures. But when confident self-directed writers and artists encounter daunting obstacles, disappointments, and failures, they find a way to show courage, rally, and make a comeback, intensifying their efforts and persisting until they succeed. Among the personal qualities that cause self-direction and motivation that is strong enough to sustain success through the inevitable trials, valleys, disappointments, setbacks, and self-doubts are not luxuries but necessities for any writer or artist who is in any way serious about his craft: passion, obsessiveness, will. 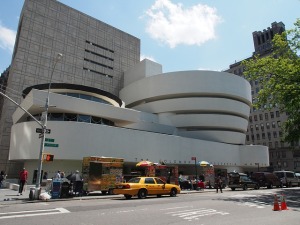 Very little is known about why some artists and writers give up before reaching their peak while the steady commitment of others to their goals and their doggedness in achieving them borders on the super-human.

They are self-aware and monitor and continually evaluate their performance, keeping track of their productivity, their working time, and their career progress. They strive to keep regular working hours, and organize their life and their environment to accommodate their commitment to their creative existence. Their names and their works are often topics of conversation. They’re published. Their works are shown. They win prizes. When they die, they’re remembered.

17 responses to “Take Charge of Your Creative Life”