Major new ideas, styles, or other innovations in the arts are not met with open arms, but with hostility.

They are intended to transform an art which the innovator believes needs improvement, but these unprecedented innovations upset the status quo.

When Jackson Pollock splashed paint from cans onto a canvas and called that art, revolutionizing twentieth century fine arts with Action Painting, he was told cruelly, “You haven’t an ounce of talent and that’s not art. Why you’re the man who can’t even paint the human figure.  You were the worst in your class in art school. How can you call yourself an artist?” 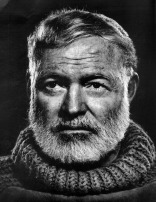 The clipped, adjective and adverb-free, dialogue-rich writing style Ernest Hemingway introduced in the mid-1920s was ridiculed as anti-literary by critics when it first appeared.  Igor Stravinsky’s compositions were written in the “Modern” mode featuring a new style of dissonance and discontinuity rather than neat formal structures and appealing tone qualities. His The Rite of Spring was so unconventional that it provoked a riot in the Paris concert hall when it was premiered.

Innovative artists merely want to be allowed what is (in the free world) a fundamental freedom of all the arts–the liberty to follow their imaginations into whatever nooks and crannies of the human mind and spirit they lead, and to express whatever they find there–which does not in itself seem dangerous or subversive or deserving of punishment. Yet like Pollock, Hemingway, and Stravinsky, artists that break away from the familiar-and widely-accepted are harassed and ridiculed. Poet and commentator on the creative process Brewster Ghiselin observed that “Every creative act overpasses the established order in some way.” 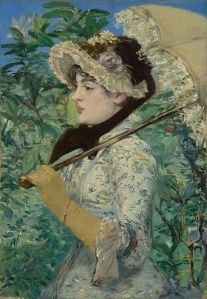 Edouard Manet was vilified by critics and the public when he introduced Impressionism to the art world in 1863. This art, revolutionary at the time, was eventually to become the most popular and conventional style of all. Author Jonathan Swift whose work too was mocked said, “When a true genius appears in the world, you may know him by this sign: that the dunces are all in confederacy against him.”

Great Innovators May Shake the Art at Its Foundations.

In the Italian Renaissance Giotto di Bondone turned the art world inside out by showing that the subject of painting could be realistic and secular life. Figures in paintings could look like real people and not be angels and saints. Art was never the same after Giotto.

Still life with Apples by Cezanne

In the nineteenth century Paul Cezanne became the most important name since Giotto by changing the direction art had been following for seven hundred years into abstraction. Abstraction is the essence of Modern Art. Cezanne’s innovations made Pablo Picasso and Georges Braque feel free and led quickly to their innovations in creating Cubism, and also led then to numerous other abstract innovative schools and movements in modern art one after another. Art was never the same after Cezanne.

The Innovator’s Need for Confidence

Original, non-traditional artists must have confidence in themselves and their work to bolster themselves against the negativity they will meet.  Confidence touches every aspect of a person’s being–whether artists think about their prospects positively or in a  self-defeating way, how strongly they motivate themselves, whether they will persist in response to adversity and setbacks, their susceptibility to discouragement and other impediments, and whether they will be able to make necessary changes in their lives. They must be steadfast and not let criticism against  them and their work stop up the flow of their creativity which should always, under all 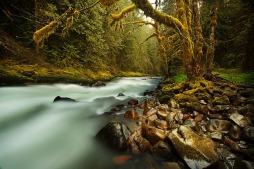 conditions, flow freely, river-like,  unstopped, unaffected by any attack.  Innovator’s confidence, like their imaginations, must be supreme.

If you are a creative in the arts, judgments are being made about the quality of your work and your skills at every turn: Do you have what it takes? Are you any good? Should I care about your work, or should I ignore it?  You must be prepared for criticism that makes you uncomfortable and perhaps makes you doubt yourself and your talent.

English writer Rudyard Kipling would go on to establish himself as a master stylist and to win the Nobel Prize in literature. But early in his career a publisher wrote him: “I’m sorry, but you just don’t know how to use the English language.” Vladimir Nabokov, also a dazzling stylist, received this message from a publisher in response to Lolita:  “I recommend that you bury this under a stone for a thousand years.”  But neither Kipling nor Nabokov was deterred.

If there’s one thing famous artists, writers, actors, and other creatives will tell you, it is that you work best and are most powerfully motivated to create and will overcome almost impossible obstacles when you’re not thinking of anyone’s approval but your own. Such a confident attitude gives you backbone and courage. Pugnacious Patti McNair warned editors, “Get your mitts offa my story.” English novelist Graham Greene put a note on the title page of a manuscript, “Please do not change any of Mr. Greene’s punctuation or spelling.” When Greene’s publisher expressed doubt about a book’s title, Greene sent a cable that read: “EASIER TO CHANGE PUBLSIHER THAN TITLE. GREENE.”

The Art’s Absorption of the Innovation 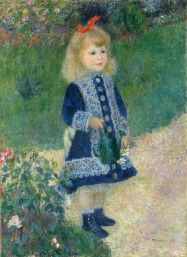 Girl With a Watering Can by Renoir

The most useful and appealing new styles, techniques, and innovations catch on and the once-abused innovator is now celebrated: has genius, has something new to say, is worth looking at.  The popularity of the new style sets the fashion for plays, novels, songs, movies, etc. If a new style or school transforms an art and skill in a major way, it is likely to be incorporated in the field almost immediately.

Pollock’s Action Painting, the works of Stravinsky, “The Hemingway style,” and philosophies of Giotto and Cezanne overwhelmed the art scene because artists could see the value of these new approaches and the public began to appreciate them. The techniques of writing Hemingway invented became the most popular way to write in the world. The citation of the 1950 Nobel Prize Hemingway received singled out “his powerful, style-forming mastery of the art of modern narration.” There is hardly a writer even almost one hundred years later who hasn’t studied it and knowingly or unknowingly been influenced by it.

Impressionism is the best loved painting still today. Within a few years the Impressionism Manet started came to enrich not only the painting of artists such as August  Renoir,  Claude Monet, Mary Cassatt, and others, but also took shape in other artistic fields–in literature in the impressionism of Stephen Crane and

Joseph Conrad, in music by impressionistic composers Claude Debussy and Maurice Ravel, in film, acting, and other arts.

Jackson Pollock is considered one of the twentieth century’s luminary painters, Stravinsky one of the greatest composers, and Giotto, Cezanne, Manet, Picasso, and Braque innovative pioneers who are owed a great deal by artists today, many of whom are producing beautiful works of art that would not have been possible had innovators not had the notion of attempting a kind of work that was new and unprecedented that they found alluring and could not resist. 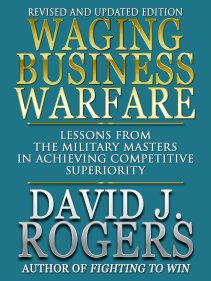