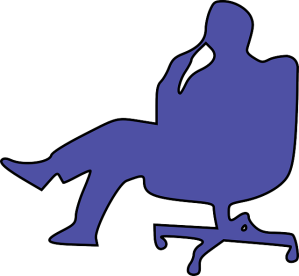 But The Following People Are Stopped

I have a friend who visited Hawaii many years ago. Stepping onto Hawaiian soil, he thought, “This is the place where I was meant to live. It is the most beautiful place on earth. I should move here.” Hundreds of times over the years he has talked about doing that, and of how his life would be improved if he did. He is unhappy with his current life and has been as long as I’ve known him, and he himself says that there is nothing holding him back. So why doesn’t he move? He is suffering from an inner block. He goes back and forth endlessly about the need to get a fresh start—“I really should go,” “Yes, I really should go,” “One day I’ll go” and here it is thirty years later, and after so many conversations with so many people he is no closer to moving to Hawaii than he was all those years ago. Something stops him.

It is no secret that many people are extremely dissatisfied with their jobs and like my friend talk again and again about doing something about it. But something stops them and they feel helpless and so they complain, they gripe. Griping is their substitute for taking constructive action. They are jealous of people who are happy with their jobs, their lives. They continue talking and something continues to stop them.

I know of a woman who when she was a schoolgirl was ridiculed cruelly again and again by a thoughtless teacher for not being able to master arithmetic. She was made to stand up in front of the class and was told, “You are stupid,” and she came to believe she was stupid. She has never recovered. Now grown up, she has virtually no self-confidence and thinks, “I am stupid.” Something stops her from getting rid of that thought. Many people are being stopped because long ago someone hurt them and they have not been able to get that hurt out of their mind.

I’ve met many, many people who find out that I have written books and say that one day they will write a novel. But they don’t. How many have you met? Probably as many as I have. But the novel is never written. They keep saying, “One day…Just wait and see.” Something stops them.

And how many people have you met who said many times that one day they would quit their jobs and start a business? As many as I? But they didn’t. Something stopped them.

The Release of the Arrow

The samurai of Japan were professional soldiers in the service of a Lord for the thousand years between the 9th and 19th centuries. They were like our soldiers in Afghanistan in the service of our country. Before the sword became the samurai’s principal weapon, the bow and arrow were. It was said that Yoshiie Minamoto (1041-1108) “shot arrows from horseback like a god. He galloped like the wind.” Tametomo Minamoto was such a strong archer that, attacked by two men in battle and finding himself with but one arrow remaining, he shot it completely through the first man and into the second. A valuable bird belonging to the shogun Yoritsune escaped from its cage. A bowman quickly fired an arrow which gently grazed the bird, bringing it fluttering to earth without even one damaged feather.

The release of the arrow is the most difficult problem which archers face. It is said that there has never been a perfect release. Archers—practitioners of the art of the bow called kyudo–were trained, and are trained today, not to think about the release. Not to analyze, not to think, “Okay hand, let the arrow go,” but to release it with “no thought” as unconsciously and effortlessly as “a drop of dew falling from a leaf. “

Thinking Too Much Makes Us Cowards: The Awful “What Ifs”

The Chinese character for “cowardice” is composed of two symbols, “meaning” and “mind.” The coward is one who finds too much meaning in things. He or she thinks too much. If you’re thinking too much like my friend and the unhappy workers and the woman who thinks she’s stupid and the others, and it’s making you a coward–driving you away from taking constructive action to better your life rather than to action–this could be a block you’ll want to conquer. You’re thinking yourself into inaction, and that must stop.

You’re thinking too much when you spend an inordinate amount of time anticipating what could go wrong. Then your mind doesn’t flow from one thought to another, but gets caught or snagged (toraware in Japanese) or stopped (tomaru).

All the people above—the would-be novelists and business starters, my friend, the unhappy workers, the woman without self-confidence–all except the archers, are being caught, snagged, or stopped time and again, and that is interfering with their lives.

To avoid getting snagged you need “a mind that knows no stopping” (tomaranu kokoro ), but that flows smoothly from one thought to the next, like the mind of the archer.

Whenever you find your thoughts getting caught, snagged, or stopped, tell yourself to get back to tomaranu kokoro, “a mind that knows no stopping.” For your own good and peace of mind, stop that endless analysis, that incessant mental chatter. Put an end to “What ifs” and DO something. Be like the archer releasing the arrow with ease and self-assurance.

A Decisive Style of Life

It is good to think, it is good to solve problems, and it is good to anticipate the future and consider the probabilities and make plans. It is natural to worry and fret. But for action-oriented people deciding is not usually a long period of reflection. They tend to do things not hastily, not recklessly, but fast. At some point, either you are going to write your novel or you aren’t. All your analysis and all the fretting and all the going back and forth must end– and you must throw a stake in the ground and say, “This is what I’m going to do. No two ways about it. No more conversations. No more back and forth. No more delays.”

And then release your arrow with ease, like a drop of dew.

How to Get The Books

Please follow this “Starting Your Life Fresh” blog. It will feature topics I think will be of value to you.

Tell me about the obstacles you’re facing.  Is thinking too much interfering with your life?

4 responses to “Thinking Too Much”