24 Quotes About Creativity and Creative People

A writer “takes an anecdote told by another man over a glass of wine; he takes an episode out of a stranger’s life; he takes the thoughts of philosophers; reports from newspapers; feelings out of his own imagination–and then he writes his little name under all this” (August Strindberg).

“The writer’s mind is everything. Nothing fascinates lovers of exceptional poetry or prose more than the intelligence and talent of the minds behind the words of writers they consider worthy of attention. To climb the heights those minds are reaching is the main reason a person goes on reading” (David J. Rogers).

“When I am finishing a picture I hold some God-made object up to it–a rock, a flower, the branch of a tree or my hand. If the painting stands up beside a thing man cannot make, the painting is authentic. If there’s a clash between the two, it’s bad art” (Marc Chagall).

“The most regretful people on earth are those who felt the  call of creative work, who felt their own creative powers restive and uprising, and gave it neither power nor time” (Mary Oliver).

“Aloneness is not only a major effect of the life of the creator, it is often a part of his/her personality…for the creator is frequently apart and withdrawn even in the presence of others, and makes a deliberate attempt to seek solitude” (R. Ochse). 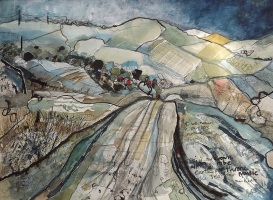 “Human life itself may be almost pure chaos, but the work of the artist is to take these handfuls of confusion and disparate things, things that seem to be irreconcilable, and put them together in a frame to give them some kind of shape and meaning” (Katherine Anne Porter).

“You never have to change anything you got up in the middle of the night to write” (Saul Bellow).

“The more pictures you paint, the better you get” (Rembrandt). 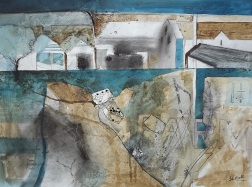 “Gifted children do not necessarily become creators…Something is needed to translate talent into the power to create. That something demands work–work that builds the skills upon which creative productions rest” (R. Ochse).

“A writer has to have some kind of compulsive drive to do his work. If you don’t have it, you’d better find another kind of work, because it’s the only compulsion that will drive you through the psychological nightmares of writing” (John McPhee).

“The composer’s principal problem is that of recapturing in every phase of his work…the energy which keeps it going…of bringing, in other words, the requisite amount of energy to bear on every detail, as well as constantly on his vision of the whole” (Roger Sessions).

“After a thousand  or two thousand hours experience of focused writing, painting, dancing, or acting, you will be able to access your creative centers very quickly” (David J. Rogers).

“If your writing or painting are dull and uninteresting, it is usually because you need a stronger, clearer voice. Liven up your work with a voice that’s more heart-felt” (David J. Rogers).

The state of many artists after finishing a work:  “Personally, I am not satisfied. It is something–but not the thing I tried for” (Joseph Conrad).

“Most people won’t realize that writing is a craft. You have to take your apprenticeship in it like anything else” (Katherine Anne Porter).

“Draftsmanship is key to who I am and what I create. I feel it is important to introduce the factor of the hand. It gives our images identity, like that of handwriting. Through seeing it we are then able to consider it and then understand it “(Sarah Ball).

“Shape captivates me. I look intensely and wait my judgement upon my piece of paper until I am ready to “expect the unexpected”. The shape of the object makes me determine the line quality. Judgements are passed with the intermingled sense of how I am feeling about what I have created. Sometimes it frustrates me, other times I feel overjoyed. This up and down rush from a few brush-strokes. I feel I am living it. It absorbs me until I am done” (Sarah Ball).

Sarah Ball is the talented  and award-winning artest whose work is featured in this post. I saw her work online and was drawn to her use of color and shape.

“Solitude is taking me over: it is absorbing me, I see nothing, I read nothing. It is like being in a tomb which is at the same time a hell where one must write, write, write” (Joseph Conrad). 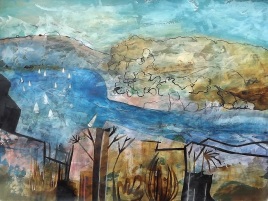 “But though some great writers may at times write awkwardly, it is nevertheless the case that one sign of the born writer is his gift for finding or (sometimes) inventing authentically interesting language” (John Gardner).

“Every time I start on a new book, I am a beginner again. I doubt myself, I grow discouraged, all the work accomplished in the past is as though it never was. My first drafts are so shapeless that it seems impossible to go on with the attempt at all, right up until the moment…when it has become impossible not to finish it.” (Simone de Beauvoir)

“As far as I can tell, the decisive factor is what I call endurability: that is, the ability to deal effectively with uncertainty, rejection, and disappointment” (Ted Solotaroff).

“I’m not a must write every day writer, maybe a write four or five out of every seven days writer. And a reader when I’m not writing. But yet at times I do think, ‘Who knows what beautiful thing I might have written today if I hadn’t taken the day off?’ “(David J. Rogers).