Swedes use the term “Dandelion Children” to describe children who thrive in any kind of environment under any conditions in the same way dandelions thrive regardless of soil, drought, sun, or rain. This is a post about dandelion children who grow up to be remarkable.

“The vast majority of individuals whose adult lives have been unusually creative or productive, or who have been unusually capable within various fields of expertise, have been people whose early years have been stimulating ones, characterized by plenty of opportunities to learn and plenty of guidance and encouragement, of one or both parents.” (Michael J.A Howe, The Psychology of High Abilities)

The influential study described in Developing Talent in Young People laid out a process that was generally followed in homes of people who were studied. The parents strongly encouraged development of the children’s talent in a particular area in preference to others, went to extreme lengths to help the child to do well, were always willing to devote their time and energy to the children–playing games, reading to them, or teaching them in one way or another. Parents showed interest in their children’s activities and encouraged them to do their best. Not one of the children reached their potential without strong support and training. Parents would move heaven and earth to give their children rich educational opportunities, finding for them the best teachers and advisors, sparing no expense.

Those paragraphs—those ideas, those luxuries, usually of middle or upper middle-class, highly-educated affluent parents and their privileged children–are the kind psychologists love to write about neat and tidy, ideal upbringings. But even as you read them you’re thinking:

There’s an alternative point of view:

“When you read the lives of various great men (and women)-of all great men, perhaps, if the account is truthful–you will notice that the conditions of their childhood, their education, or their profession did not predispose them to what they ultimately accomplished. It is not because of their education, it is often in spite of it that they were able to develop. This man grew up without books; that man had to study secretly. It makes you wonder what the word ‘advantages’ really means, what parents mean when they say they want their children to have all the advantages they themselves did not have…Is not the lack of something often more helpful? For the lack of an external thing arouses an inner impulse that replaces it; the ‘I,’ the individual’s native gift is substituted…So you need never pity people who complain that they lack this or that, provided they have pledged themselves to reach their goal.” (Jean Guitton, A Student’s Guide to Intellectual Work)

Popular American author William Saroyan wrote, “I must make it known that I do not believe it is required of art, science, religion, philosophy or family to assure every man born into this life, a secure childhood, in which a child knows only love and harmony…The supplying of such a childhood to a child… may not even be desirable. It may create a nonentity.” Playwright/novelist Gore Vidal wrote, “The protective love of two devoted parents can absolutely destroy an artist.” Creative attainment does not depend on coming from an intact family.

American novelist Willa Cather and her mother arranged their lives so that their contacts with each other were minimal and Willa and her brother were left alone. In Cradles of Eminence the authors who conducted the survey say, “Contentment and creativity do not ordinarily go hand in hand in the homes that cradle eminence.” As children 75% were troubled by a variety of problems such as poverty, and “by rejecting, over-possessive, estranged, or dominating parents; by financial ups and downs; by physical handicaps; or by parental dissatisfaction over the children’s school failures or vocational choice.”

The great majority of writers of fiction or drama, and a number of poets, came from families where there were tense conflicts between the parents. Sixty percent were dissatisfied with school. Nobel Prize winning author Ernest Hemingway grew up in a dysfunctional home and was convinced his mother’s constant badgering of his father led to his father’s to suicide.

Prolific 19th century English novelist Anthony Trollope achieved fame, fortune, and popularity, and knew many of the rich and the accomplished of his era. But in school he “suffered horribly! I could make no stand against it. I had no friend to whom I could pour out my sorrows. I was big, and awkward, and ugly. How well I recall all the agonies of my young heart: how I considered whether I should always be alone; whether I could not find my way up to the top of that college tower, and from thence put an end to everything…Something of the disgrace of my school-days has clung to me all though life….I feel convinced in my mind that I have been flogged oftener than any human being alive…These were twelve years of tuition in which I do not remember that I even knew a lesson!”

As twelve year old celebrated English novelist Charles Dickens suffered in poverty and was forced to live alone, away from his family, while working many hours a day in a rat-infested factory pasting labels on pots while his father rotted in debtor’s prison. When his father was released, Charles’ mother wanted her son to stay on at that miserable factory. Later Dickens wrote: “I never afterwards forgot, I shall never forget, I never can forget, that my mother was warm for my being sent back…Even now, famous and caressed and happy, I often forget in my dream that I have a dear wife and children; even that I am a man; and I wander desolately back to that time in my life.”

Cradles Of Eminence concludes that contributions to the arts and other fields are likely to be made by the person whose childhood was not trouble-free and who was not an all-round good student, and whose parents were a problem to themselves and the child. In many autobiographies of eminent artists there are frequent references to the positive motivating effects adverse circumstances had on them. 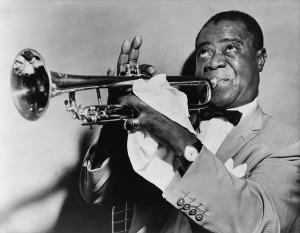 Famous jazz musician Louis “Satchmo” Armstrong’s father deserted the family, and his mother was “out on the town.” Louis was committed to an institution for delinquent boys where he learned to play musical instruments and became a band leader. He said, “All in all I am very proud of the days I spent at the Colored Waifs Home for Boys.”

Stephen Crane, Eugene O’Neill, William Faulkner, and F. Scott Fitzgerald were just a few writers of many artists who failed in college. Many, like Hemingway, had no interest at all in going to a college. Pablo Picasso failed at elementary school because he refused to do anything other than paint. Even as a child of nine he would duck out of class and wander the streets of Madrid, painting and sketching.

Psychologist E. Paul Torrance found that 70% of the children who rated high in creativity would not be selected to be members of a special class for intellectually gifted children. High IQ students are likely to prefer conventional occupations–doctor, lawyer, and engineer. Highly creative students find unconventional careers like writer more appealing. Few of the subjects in Lewis Terman’s high IQ study—the “Genius Study”– went on to excel in the fine arts, music, and literature. The group produced many successful people, but not one creative artist.

Boys and girls who’ll become famous are not often ‘all around” competent, conforming students. Creative people are not distinguished by high grades at school. Fathers who were abject failures are common in the lives of great artists and in the lives of eminent people in almost all fields. Writers and actors lived in particularly turbulent homes.

“Ironically the child that grows up with many privileges may have much less opportunity for her or his creativity than the child growing up in the slums. If everything is done for the child, and the child has little opportunity to show initiative, then whatever latent potentials there are for creative work may be suppressed because there is no need to develop these potentials.” Robert J. Sternberg and James C. Kaufman, “Constraints on Creativity.”

I’m betting that the majority of people reading this post, many of them artists, didn’t follow the psychologist’s “tidy” path to their current creative lives, but became successful in spite of—or because of–a “messy” childhood.