As a boy I had heard the story of the short, strange life of a novelist from my part of the country who wrote one book, and then he died. When I was old enough I read it, and it was a long and wonderful, beautifully-written book. 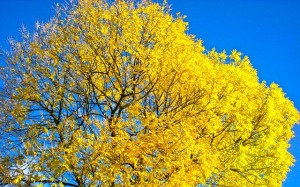 And I remember the movie they made from it, and the wistful music and the tall golden tree at the end when everything turned out well. I have the feeling now that a little time should be taken to remember him.

His goal since his Midwest American childhood was to write a great successful novel. Why shouldn’t he? If ever there was “a charmed life” it belonged to Ross Lockridge, Jr.  He was immensely talented, handsome, confident, reliable, competitive, rarely drank and never smoked, married to his pretty hometown sweetheart, father of four, brilliant, a success at everything he ever attempted– sports, academics, girls—highest GPA in Indiana University history—for six years a relentless worker on the novel that consumed and obsessed and tormented him and on which he staked his claim to greatness—Raintree County.

He believed in his critically-admired and widely-praised book and single-mindedly devoted himself to writing it and to its promotion. He worked with no other purpose, compelled by a force that made everything but the book unimportant, nothing else mattering—twenty or thirty pages a day flying from his typewriter–a rich man now after years of financial worries, scrounging, budgeting, and sacrificing. Yet shortly after Raintree had catapulted him into fame and money, and was the biggest success in the literary world, seeing his book become not just a hit, but the number one best seller in the United States, he committed suicide.

He left the new house his royalties had bought him, telling his wife he was going to mail the letters he was holding in his hand and might stop over at his

father’s house to listen to a basketball game on the radio. He seemed to be in a good mood and had seemed cheerful all day. He was now mentally ill and had to admit that. He had sought treatment though his family didn’t want to admit he was sick. Recently, his wife had found him opening and closing the kitchen cabinets and asked him what he was doing. He said, “I’m looking for a way out.” His many treatments of ECT (electroconvulsive therapy—“shock treatment”) had failed.

He went into the garage, locked the doors behind him, started the engine of his new car and ran a vacuum cleaner hose from the tail pipe into the car’s ventilation system. He lay down in the back seat and was found by his family hours later. He was thirty-three.

There is never a single theme, event, or explanation that comes out of a man or woman’s life. But no one who knows anything about how easy it is to be trapped in a pursuit of achievement that’s gotten out of control, especially in the arts, can fail to hear the echoes of similar voices equally successful and equally in despair—Nobel Prize winner Ernest Hemingway’s suicide and one of the twentieth century’s most influential poets Sylvia Plath’s suicide, and Pulitzer Prize winning beautiful, sexy poet, doomed Anne Sexton’s.

Success not only did not bring Lockridge happiness, it brought pain and depression. Everything in his life he’d reflected in his book and now the book 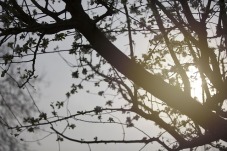 was done and he had nothing creative left. He tried, but he couldn’t write anymore. He felt he had made too many compromises to his publisher and the movie studio, had given in too often when he shouldn’t have, and had sold his soul and was paying for it.

Anyone who’s been touched by fame’s and wealth’s pursuit recognizes the symptoms of Lockridge’s ambition gone awry: sadness, the sense of being cheated and exploited, resentments, anger, hostility, and then the misery of miseries: his inability to create. The fulfillment that gives a healthy artist’s life, its main meaning was no more. All his joy was gone. Success was too difficult for Ross to bear.