An important way to reach peak creative performance, the ultimate goal of all creators, or peak performance in riveting or cooking or anything else is by observing models—highly skilled people in the field whose work you admire, for example. For me the model for my writing without doubt is Ernest Hemingway’s writing, as it’s been for many thousands of others. He’s been called the most influential writer across the world with the most influential style in the last hundred years. I’ve read and mulled over his novel The Sun Also Rises and the short story “Indian Camp” (his best story) probably twenty times. And read many biographies and scrutinized studies of his writing.

I’ve a fondness for Hemingway’s writing that goes back to my childhood. He was born and grew up in Oak Park, Illinois, a suburb of Chicago where my parents and their families also lived and where I spent many hours over the years. He was on the school newspaper at Oak Park High. My great uncle was on the paper too and was his best friend. Hemingway once said my uncle was a better writer. I asked my uncle if he was, and he blushed and said, “I don’t know. Ernie was damned good.” When I was in high school I told my friends one day Scribner’s, Hemingway’s publisher, would publish a book by me. I wrote a book that a number of publishers bid on. I picked Scribner’s. 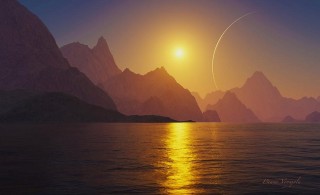 In the past I’ve written about artists’ and writers’ preoccupation with style and technique—a characteristic of most of them. I look at pieces I write and if you were curious and asked I could tell you, “See the minimal use of adjectives and adverbs. I learned that from Hemingway.” “Everything understated, nothing exaggerated, a calm style—that’s Hemingway.” And the attention to detail and my need to tell the truth. (Hemingway’s “A writer must always tell the truth.”) The simple sentences. Language pared down. A serviceable vocabulary. Never showing off. And my emphasis on high productivity. (Hemingway’s “Anyone who says he wants to be a writer and isn’t writing, doesn’t.”)

When you observe a model with high standards like perfectionist Hemingway, you’re more inclined to adopt high standards yourself. It’s contagious. Modeling yourself after a successful writer or artist (pianist, ballet dancer, architect, etc.) enhances your self-confidence, which increases your persistence, which positively affects your achievements. It makes it more likely that the skills they possess will be skills you come to possess and you’ll be surer of yourself. You can see how important models can be, how related to a creator’s success they can be.

Most of what you and I have learned we’ve learned from models– observing them, reading about them, or hearing about them from parents, teachers, or peers. We copy and emulate them. When you feel you can perform a skill you’ll be more motivated to succeed, and an important way to internalize a skill and your approach to writing—the strategies you’ll use–is by observing how models performed tasks you’re interested in and comparing yourself to those models. Making changes, improving, learning.

When you learn how a writer, or painter, or actor succeeded in a difficult situation, you’re more likely to believe you can do the same. Often classes or workshops in the arts are taught by more experienced artists who discuss how they solve problems students are facing. Effective models reveal the strategies they use, provide detail, answer your questions, and clarify issues.

Who would you most like to be influenced by?

Who have you been most influenced by (Who’s your Hemingway?)

Who inspires you most? Whose work do you admire?

What qualities do they (did they) have that you would like to have too?

Observing what’s called a mastery model is observing someone who has mastered the skill you’re interested in acquiring, like Hemingway for me, and someone for you. Mastery models demonstrate a high level of both skill and confidence: “I’m good at this. It used to be hard for me, but now it’s easy.” Notice how persistent the model is or was as he or she solves problems. That’ll affect your persistence.

By “observing” a model I don’t necessarily mean sitting in the same room and watching, though a lot can be learned that way. You can “observe” by reading or hearing about how a writer or artist solved a problem you’re facing or learned a skill. 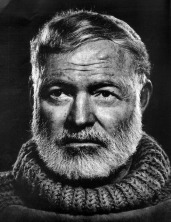 Mastery models in your life should discuss ways in which their confidence in themselves helped them to achieve their desired goals, and their errors and failures they had before eventually performing at a mastery level, and the work they put in to reach success. Ideally, the mastery model will be a warm, enthusiastic, and encouraging person who is trying to help someone else learn new behaviors after possible years doing things in a different, less productive way.

Observing a peer model is different. It’s watching someone who is at about the same skill level as you and who doesn’t perform the skill as expertly as the mastery model. He has difficulties and makes mistakes and has to correct them while you compare yourself with the model and learn from those difficulties and mistakes. Someone in your artists’ or writers’ group, for example.

“Think aloud” strategies involve the model describing thoughts and thought processes aloud while performing a task you’re interested in: “The reason I did that is because I think you should start everything with a strong, simple declarative sentence.” Ask the model about particular problems: “How did you handle that? What did you do first; then what did you do? What were you thinking? What decisions were you making?”

To get best results tell the model you’re asking for help:

“Speak as continuously as possible.”

“Don’t worry about complete sentences and being eloquent.”

“Just say what you’re thinking and don’t think for a while and then describe your thoughts.” (D.N. Perkins, The Mind’s Best Work, p 33)