Living with Commitment and Power

When I was writing Fighting to Win: Samurai Techniques for Your work and Life and getting ready to send the manuscript off to Doubleday, the publisher, a good friend with my best interests in mind made it a point to come over to my house one afternoon to warn me. He said, “You’re not going to talk about death are you, Dave? It will be too depressing for your readers because your writing is always so optimistic, hopeful, and inspiring, and that’s what readers will be expecting. No one wants to read about death. No one wants to be reminded they’re going to die. I know, I know very well you have this belief that a writer must always tell the truth and owes it to the reader to never not tell the truth, but leave that out of your book. Even your editor won’t like it.”

Fighting to Win shows how the wisdom and philosophy of the samurai, the greatest and most spiritual warriors who 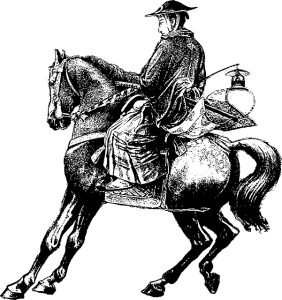 ever walked the earth, applies to the everyday lives of anyone who can read the book, and will help them—old people, young people, students, movie stars, writers, artists, business people, teachers—anyone–Americans, Frenchmen, Swedes, Russians. And since death was so ever-present in the lives of these samurai men and women whose role was to risk death in battle without flinching or running away, how could I ignore death?

Warriors are taught to act boldly and decisively in the face of inevitable fate. In his “Primer” for samurai, Shigesuke Daidoji says, “The idea most vital and essential to the samurai is that of death, which he ought to have before his mind day and night, night and day, from the dawn of the first day of the year till the last minute of the last day of it . . . Think what a frail thing life is, especially that of a samurai. This being so, you will come to consider every day of your life your last and dedicate it to the fulfillment of your obligations. Never let the thought of a long life seize upon you, for then you are apt to indulge in all kinds of dissipation.”

Hagakure, a famous samurai text, says, ‘Every morning make up your mind to die. Every evening freshen your mind with the thought of death.”

“Freshening” your mind with the thought of death might seem a grim way to spend time; on the contrary, it is anything but. Those who are totally aware of how short their life will be—and who can feel the importance of that fact in the deepest corners of themselves—live a completely different kind and quality of life than the people who drift mindlessly along, never letting the thought sink in that in a relatively short time they will be gone.

All truly living things–creators in particular–have an urge to grow, to continue growing til the end of their lives. 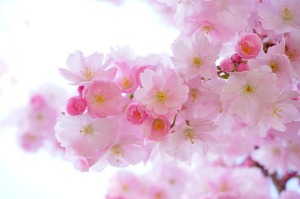 Every person with vitality and spirit chooses to die hard; to not go gentle into that good night and to fight against the dying of the light. If you’re a person with spirit, you’re no fool. You know death is going to get you, but it’s going to have a battle on its hands. While alive, you’re going to live without wasting your limited time being worried, cowardly, tentative, or putting things off for a tomorrow that might not come.

When you live with the full knowledge that death is always stalking you, you feel a quick surge of powerful energy, a sudden spark that overcomes you. When you live in the samurai style—as if you are already dead—you operate even more vitally. You acquire extraordinary courage, boldness, and decisiveness. You’re not timid any more, not about anything, any task, any impediment. You “go beyond the trifles of the world.” You fear nothing; you are fearless.

You reach a state of seishi o choetsu, “beyond life and death,” where even the knowledge of your death no longer frightens you. All that matters now is making use of the tremendous power you suddenly feel inside to accomplish all you set your mind to and to find your true destiny, a power strong enough, says the samurai “to bring down walls of iron.” And then your every act takes on an intensity that you have never known before. You live with commitment and power, two feet higher and  three steps faster than everyone else. And you find that you have incredible control over the conduct of your life. You find that there is not a single obstacle you cannot overcome.

The Rabbit and the Fox

A wise master and one of his students went for a walk through the countryside. The student pointed to a fox chasing a rabbit and said, “Oh, the poor rabbit.” 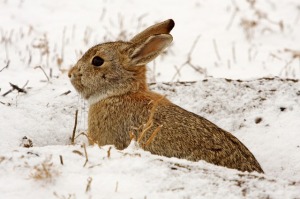 The master said, “The rabbit will elude the fox.”

The student was surprised. Maybe the old man’s mind wasn’t so sharp anymore. He said, “No, you see, the fox is faster.”

“The rabbit will get away,” repeated the master.

“What makes you think so?” asked the student.

The first step in living at the gut-level is understanding that we are all running for our lives.

The first man asked, “How do you feel?”

“Like one who has risen in the morning and doesn’t know whether he will be dead in the evening.”

“But this is the situation of all men.”

I sent the manuscript off and ten days later my editor called to talk about it. He started by saying, “We love that section about the samurai and death. I was worried about how you would handle that. You made a potentially depressing subject inspiring. One editor would read those pages and pass them on to another editor and say ‘Look at this’ and now we can’t imagine the book without them.”

4 responses to “Living with Commitment and Power”