Patience: A Path to Creative Success

This is a post about the importance of CREATIVE WAITING and shows a specific scientifically-tested method for improving the quality of your artistic work and at the same time reaching a higher level of lasting success. 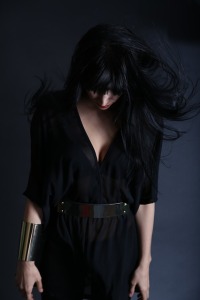 For five or six years I’ve been thinking about a story I’m sure I’ll write eventually. It’ll be called “Darby” after the main character, a lonely woman who doesn’t love her husband and probably never has and is looking for a man to be in love with. When I write “Darby” I’ll be influenced by four particular stories: Chekov’s “About Love,” “Three Years,” and “The Lady and the Dog,” and James Joyce’s “Eveline.” And of course coming into the mix is, “Does this fit the real Darby, the actual woman I’m thinking about?” I’m not one to range very far from the truth of what really happened.

Chekov and Joyce often wrote about people who want to escape but can’t. In “Darby” there will be images of being in a box, being trapped, like a woman I’ve written about before. It will end with an ironic twist. I have a file called “Darby” to which I add notes that come to mind from time to time—just a word or phrase here and there. The last sentence of “Darby” will be, “A very good looking older man.” I’m confident it will be a very good story, but it’s not ready to be written, and so although I’m dying to write it, I’ll have to be patient and wait till I get a fix on it that I’m convinced will lead me in the most fruitful direction.

Thirty-one graduate students in a prestigious art school in the United States were asked to participate in an experiment to look in a systematic way at how a work of art is produced. Twenty-seven objects of the sort artists use to construct a still-life were placed on one table, among them a small manikin, a bunch of grapes, a steel gearshift, a woman’s velvet hat, a brass horn, an antique book, and a glass prism. A second table was empty except for art materials the students would use to draw. The students were told to choose objects from the table they would use to stimulate their imagination and arrange them in any way that pleased them on the second table. They could choose as many objects as they wanted and spend as much time as they wanted selecting the objects and making a drawing from them. They were told, “The important thing is that the drawing should be pleasing to you. You may take five minutes or five hours, as long as the result is pleasing to you.” (In Jacob W. Getzels and Mihaly Csikszentmihalyi, The Creative Vision: A Longitudinal Study of Problem-Finding in Art.) 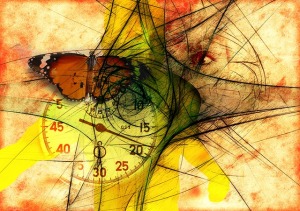 When the students were ready, an observer began to keep a record of their behavior such as the number, kind, and sequence of objects handled or manipulated (e.g. feeling the texture and weight of the of the objects, moving their parts, changing their shape, etc.); the number and kinds of objects finally selected; procedures used in organizing the selected objects; behavior during drawing (e.g. changes in the type of media, rearrangement of objects, etc.); and the amount of time everything took. In addition, photos were taken three, six, and nine minutes after drawing was begun and at six minute intervals thereafter until the drawing was completed. The photos would reveal how the drawing was progressing.

The Skill You Need of Finding the Right Problems to Solve

The stage most important in this study was formulating a problem to work on, which they called PROBLEM-FINDING, a stage that precedes problem-solving. They wanted to find if there was a correlation between what happened during the first stage of problem-finding and the quality of the finished drawings. From the time artists begin to draw, paint, sculpt, etc., or writers begin to write the text, they are involved in the solution to the problem they have posed for themselves. When you’re a writer who is problem-solving, you have an idea how to get going and are assembling words, reviewing and evaluating how you’re progressing, and deciding what you will say next and how you’ll say it. With “Darby” I’m not there yet. I am still problem-finding—trying to define exactly what I’ll be trying to say and what I’m trying to create. 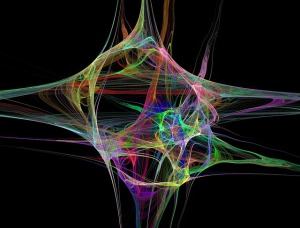 Every writer, artist, and composer has to first problem-find, and what happens at that stage makes a tremendous difference because what you do before starting to paint or write determines to a large extent what will happen after you start. The painting or story may be changed later and its form altered beyond recognition, but the starting point is the selection of the material and arrangement of it made during the stage when you’re formulating the problem. I have Darby and she is trapped—that I’m certain won’t change. The problem is what I will do with those central facts.

Einstein believed and many other knowledgeable people also believe that problem-finding is a more crucial skill than problem-solving, because focusing on trying to solve the wrong problem, the inessential problem, doesn’t solve the real problem.

The problems you as an artist or writer must find and solve are unstructured, and the special difficulty with unstructured problems—as you’ve already found many times–is that the more unstructured they are the more directions you can take, and most will be the wrong direction creatively. It’s not unusual for even the greatest writers and artists to work on something for a long time only to realize that it was the wrong thing to work on. Authors have been known to complete a book only to throw it away because they had selected the wrong problem to solve. Under many painting masterpieces are other paintings the artist wasn’t satisfied with and simply painted over. I’m being careful not to have my story go off in a wrong direction.

Problem-finding is anything but restful. When you’re doing it, your mind, sorting things out, is as active, or more active, than it is when you’re executing the work. 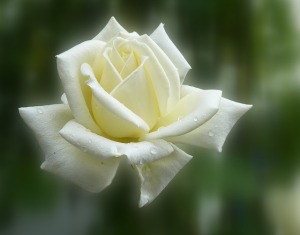 The right problem and right solutions to it often appear on their own, unfolding effortlessly, and agitate the creator until in a sudden recognition she understands them and uses her skills to shape them into expression, possibly never knowing where the problem or solution came from, and not knowing quite where she’s going and what the final work will look like until she gets there. Yet she is confident all the way through that in fact she will get there: “Undoubtedly, if I knew exactly what I was doing, things would go faster, but if I saw the whole unwritten novel stretching out before me, chapter by chapter, like a landscape, I know I would put it aside in favor of something more uncertain—material that had a natural form that it was up to me to discover.” (William Maxwell)

The Length of Time Spent Problem-Finding Is a Key

The length of time the problem was kept open for alteration varied from artist to artist in the study. For some all the structures and elements were present after as few as six minutes. But one worked 49 minutes and it wasn’t until the 36th minute (74% of the total working time), that the final drawing was in evidence. With that artist, the problem remained open almost to the end.

Six years later there was a follow-up to see how successful the students had become in the art world. The main findings were striking and contain lessons for practicing writers and artists:

(1)Those in the study who approached their work by keeping the problem-finding stage wide open for a long time before ending it went on in their careers to produce higher quality work. Those who went on to become less successful were the same people who during the study were anxious to begin and started drawing more quickly. Apparently they never got out of that let’s-get-started habit and their work suffered. And one reason why that happens is because while effective problem-finders can live with ambiguity, poor problem-finders are uncomfortable with it and wish to put an end to it as quickly as possible.

IF YOU WANT TO IMRPOVE THE QUALITY OF YOUR WORK, SPEND A LOT OF TIME PATIENTLY PROBLEM-FINDING.

Serious writers and artists may spend many hours or months or longer thinking, mulling over, guessing, sketching, trying this, trying that. The better artists in the study dawdled and played with the objects they were going to draw, touching them, turning them, trying this angle and that for considerable time before getting down to the final drawing, just as better writers fiddle around with their material till something clicks. Poet Denise Levertov said, “If…somewhere in the vicinity there is a poem then, no, I don’t do anything about it, I wait.” Author Anne Dillard said, “I usually get my ideas in November and I start writing in February. I’m waiting.”

(2)The best problem-finders in the study, not coincidentally, went on years later to become the most materially successful artists of the thirty-one. Some became known in the art world while many poorer problem-finders disappeared completely from it.

IF YOU WANT TO REACH LASTING CAREER SUCCESS AND APPEAL TO AN AUDIENCE, BE SURE TO DEVELOP THE SKILL OF EFFECTIVE PROBLEM-FINDING. 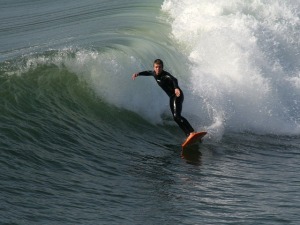 The skill of waiting and holding in check the urge to rush prematurely to solutions is almost always overlooked, yet it is crucial. Training yourself to acquire this skill will take you far and take your artistic work to higher excellence. Be like a surfer: wait for the perfect wave to take you in.

I’ve been thinking more about Darby. I have a hunch she might never escape, but maybe she will. I’ll have to wait and see. 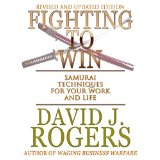 16 responses to “Patience: A Path to Creative Success”